A little-known gem in the city is Elliston Lake, a stormwater pond at the east end of 17th Avenue SE.   It is the second-largest body of water (after Glenmore Reservoir) in Calgary.  At times it can harbour an impressive array of waterfowl, as well as some interesting mammals. (Click on pictures to enlarge them.)

When the Friends of Fish Creek group went there last Saturday, the lake was mostly frozen over, but there were still several thousand waterfowl on the few open areas.  (The northeast corner of the lake usually has some open water all winter.)

The north half of Elliston Lake, looking west.

The action actually started before we even got to the parking lot – a Merlin was feeding on a Rock Pigeon on the roadway.  I got a poor shot through the car windshield.

There was quite a bit of traffic, so it abandoned the pigeon and landed on a nearby pole.

A few minutes later we saw the Merlin attack a flock of pigeons above 17th Avenue.

Almost as soon as we started the circuit of the lake, someone spotted a Red Fox out on the ice.

Later, we saw the fox check the shoreline for disabled waterfowl, but it came up empty.

The birds didn’t seem to mind the fox much; they just moved away from the shore. 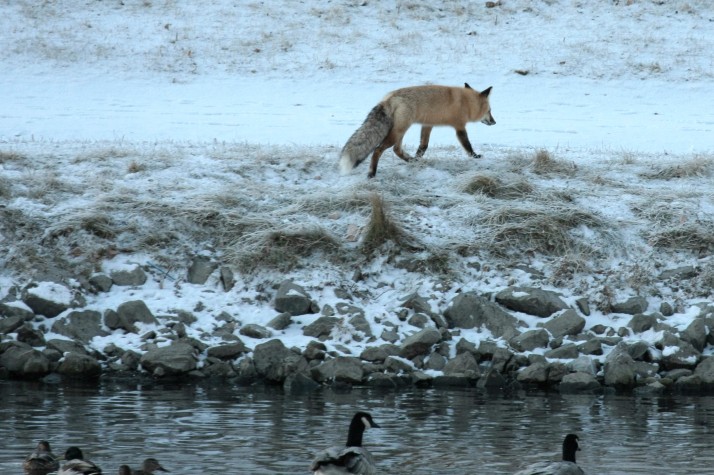 A close inspection of the masses of Canada Geese and Mallards turned up some interesting birds:

The next picture highlights the size difference between a Green-winged Teal and a Mallard, and shows off the brilliant colour in the teal’s speculum.

A juvenile Barrow’s Goldeneye (below, rear) is identified by having a steeper forehead and shorter bill than the Common Goldeneyes. 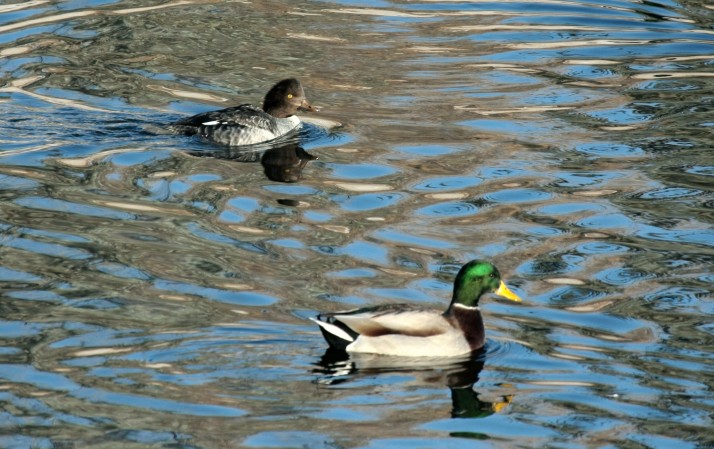 Many of the Canada Geese on the lake belonged to one of the small, short-necked subspecies, but there was one goose in among them that was smaller yet – only slightly bigger than a Mallard.  At first I thought it might be a Cackling Goose, but those are Mallard-sized and have a very stubby bill.  This goose (lower centre) is just a very small subspecies of Canada Goose.  Compare it to the Mallards just behind it.

Here is a Gadwall (rear): 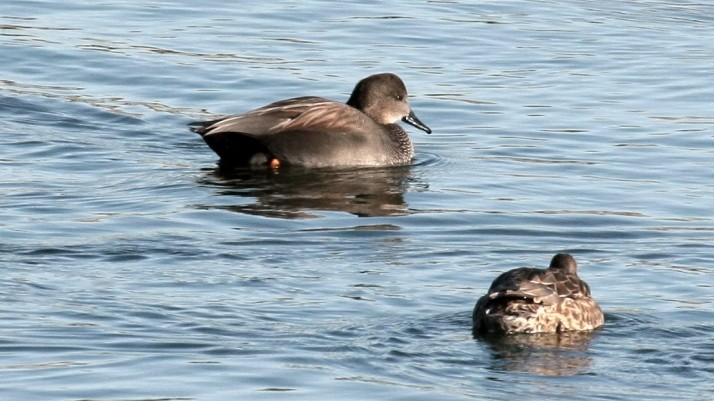 There were a few Ring-necked Ducks:

Below are two Ring-necked Ducks (right foreground) with Lesser Scaup: 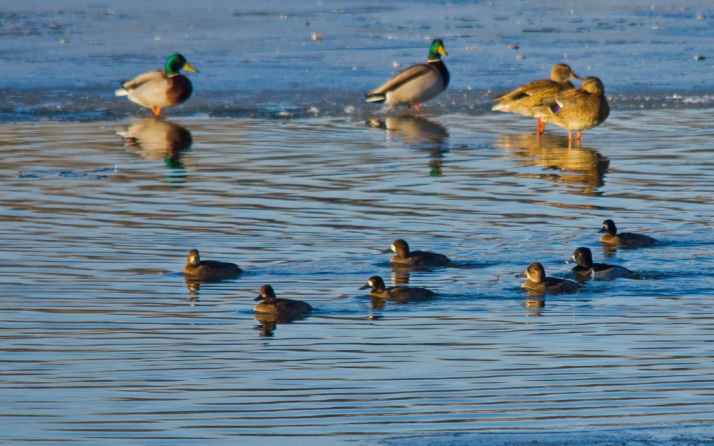 This Lesser Scaup landed on the ice and tried to walk back to the open water, but slipped…

…so he just gave up and sat down.

We also saw some Common Redpolls feeding on birch seeds:

Two Rough-legged Hawks flew over, the second one chased by a Common Raven: 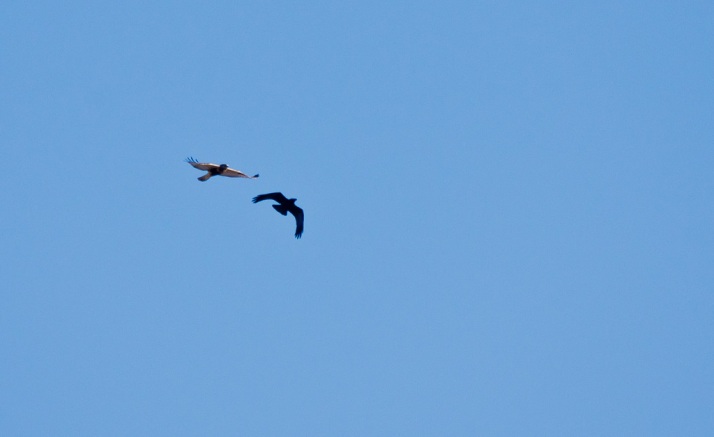 Near the end of our tour, some Canada Geese walked out on the ice, then flew off… 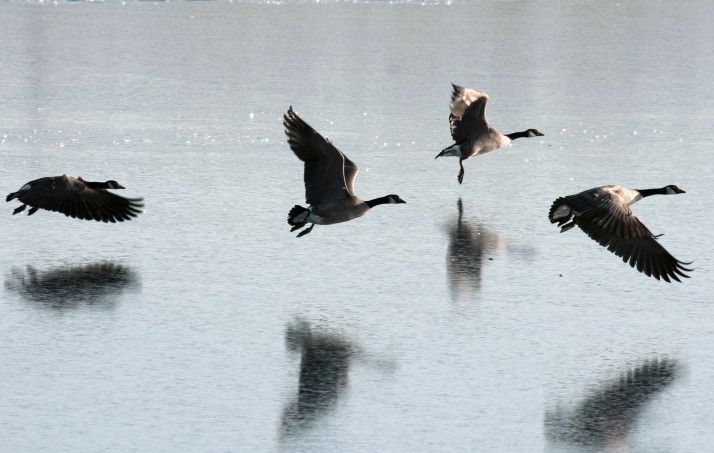 To see more of Dan Arndt’s photos, check his Flickr page at http://www.flickr.com/photos/ubermoogle/