This week marked the first of thirteen weeks of the Friends of Fish Creek Provincial Park birding course. Since its inception in the mid 2000s, it has swelled from a course run twice a week, to six times a week;  Monday, Tuesday, Thursday, Saturday, and twice on Sunday. This marks my first attempt at leading one of these courses, with Bob Lefebvre and I leading the Sunday morning group. Unfortunately, Bob wasn’t able to make it out this week, and so Gus Yaki led the group on Saturday, as usual, and I tagged along to be an extra pair of eyes and ears to assist him, and Gus also led on Sunday, breaking in the new Sunday attendees with his expert wit, grace, and knowledge.

On both days, we began at Bow Valley Ranch, and then proceeded southward to Sikome Lake and Hull’s Wood. There we stopped briefly near the parking lot before heading first the site of a Great Horned Owl nest that’s been used regularly for a dozen or so years, then to the Bow River, before turning back and returning to the vehicles, then home. Once again, I logged the route taken and have mapped it in Google Earth, in case anyone would like to re-create the walk again in the future. 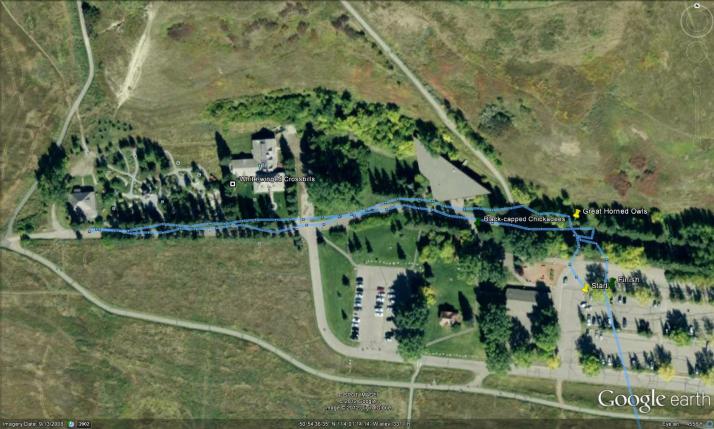 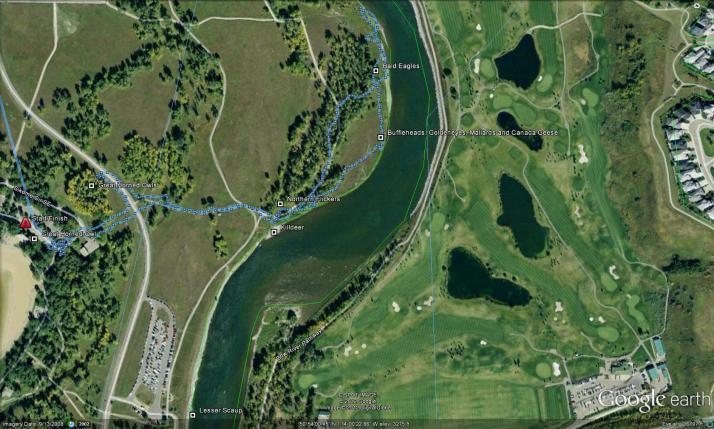 At Bow Valley Ranch on Saturday, we spent about 45 minutes walking along the pathways, first stopping to find a pair of Great Horned Owls that were regular residents of the area. 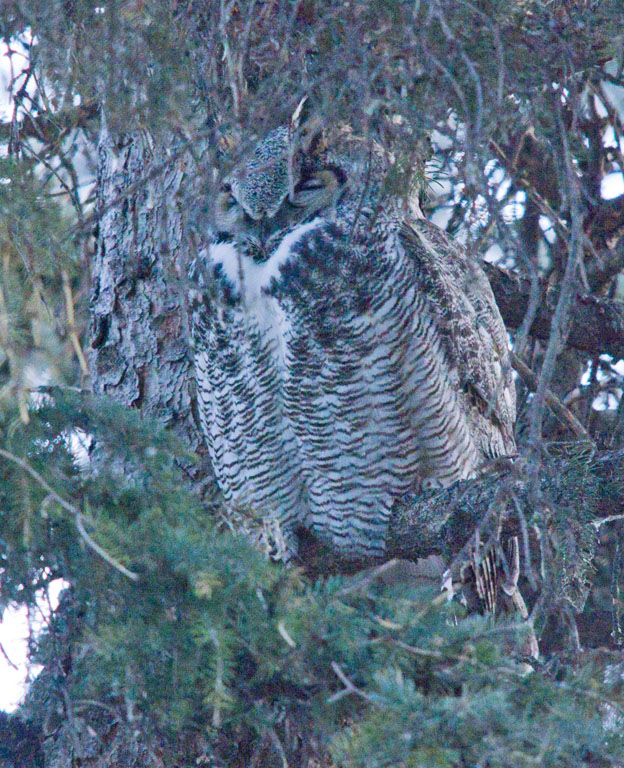 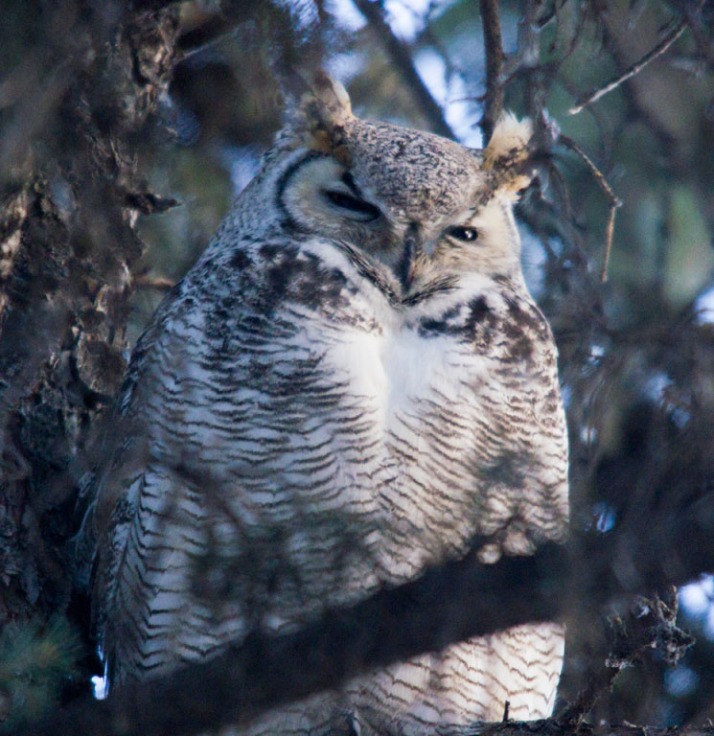 We then stopped for a few minutes to watch for the Black-capped Chickadees and White-breasted Nuthatches that are all too familiar with what humans may have to offer them, and as such, came in nice and close for some very good views. 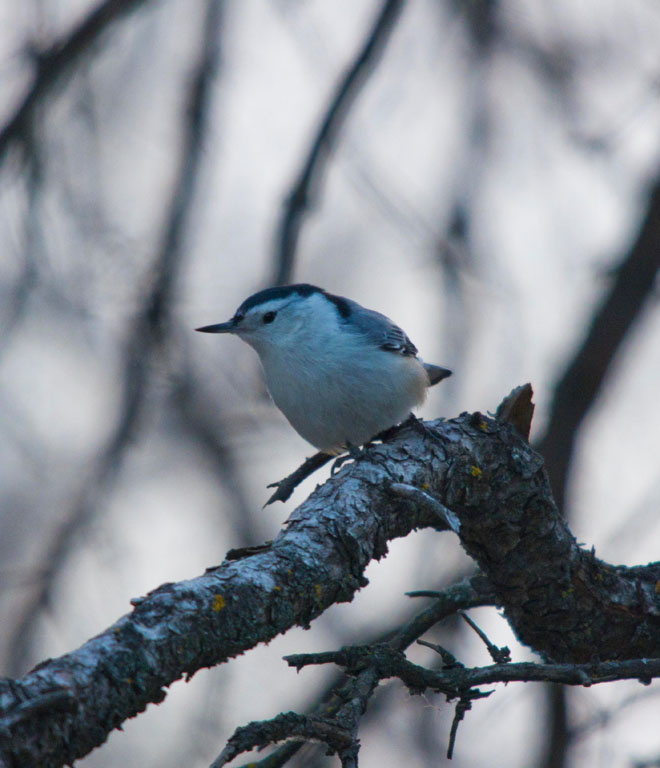 Just as we were about to head down to Sikome Lake, I heard the distinctive trill of White-winged Crossbills in flight, and so we spent some time trying to track them down. Unfortunately, they were on a mission, and continued on in short order, allowing only the briefest of views. 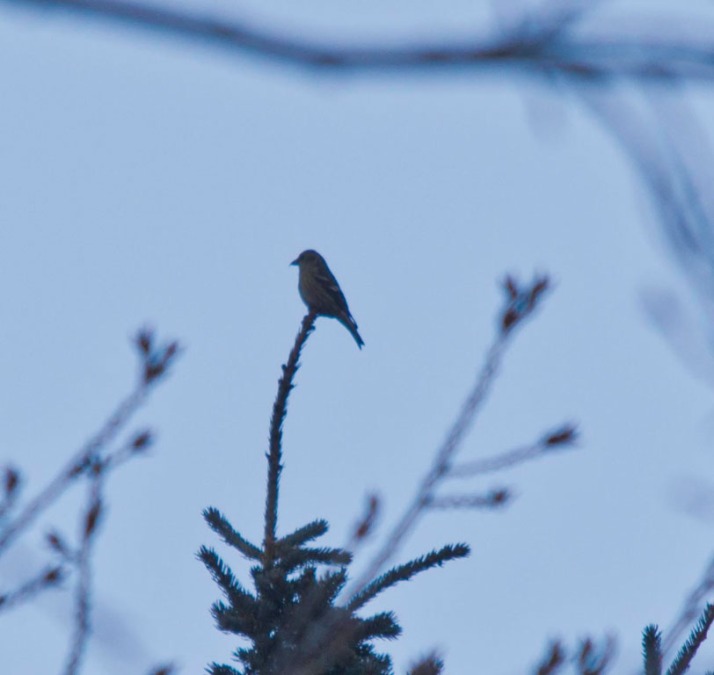 Sunday, on the other hand, was a much colder experience. We spent a little time trying to coax out the chickadees and nuthatches again, but they would have none of it. Instead, we searched around until once again, that old faithful pair of Great Horned Owls was found, and then headed southward shortly after. 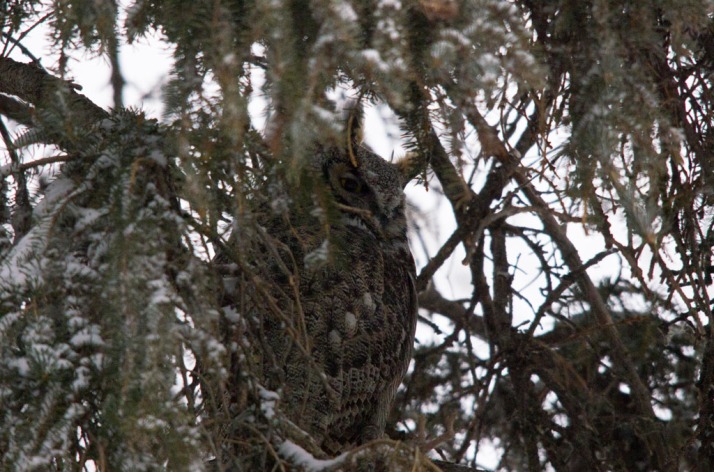 Saturday was a great day on the Bow River. At the Sikome Lake parking lot, we were greeted by Downy Woodpeckers and Black-capped Chickadees, once again looking for a handout. Sunday was similar, but once again, in smaller numbers. 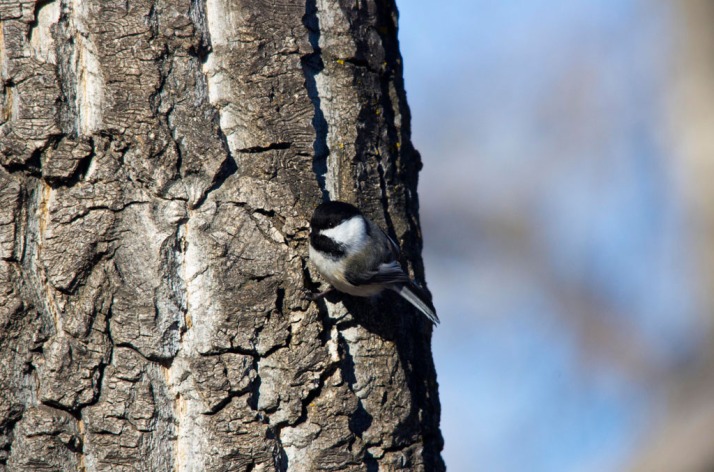 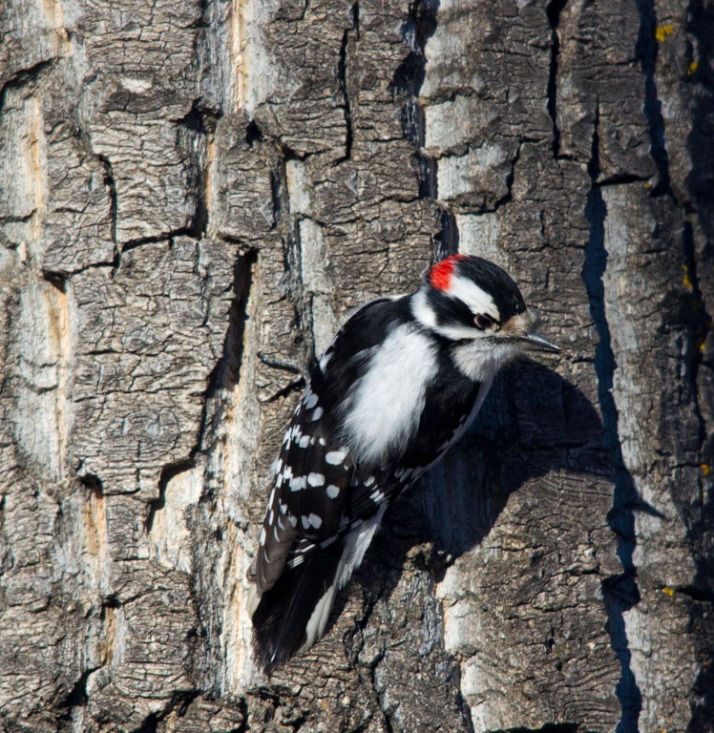 Another pair of Great Horned Owls are commonly found down here, and both Saturday and Sunday they did not disappoint. Saturday found them just east of their usual roost, atop a spruce tree near the main building at Sikome Lake, and Sunday found only one at that same building. 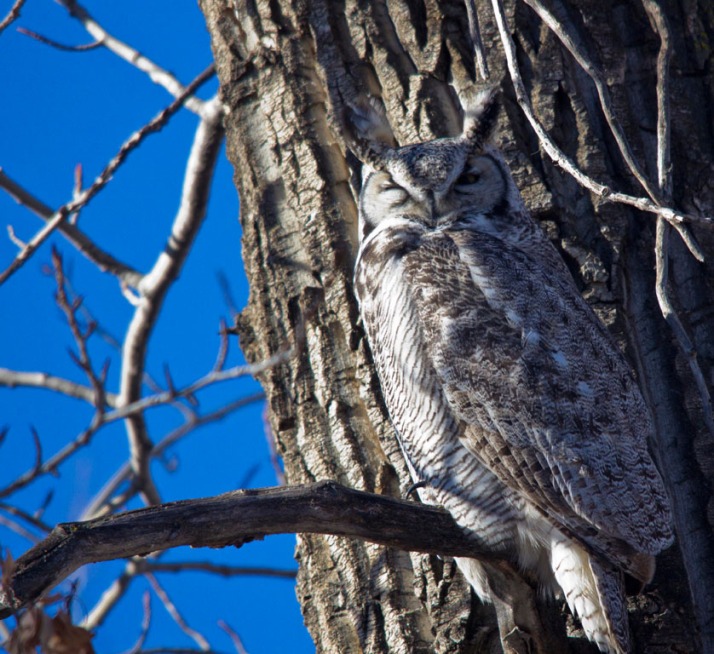 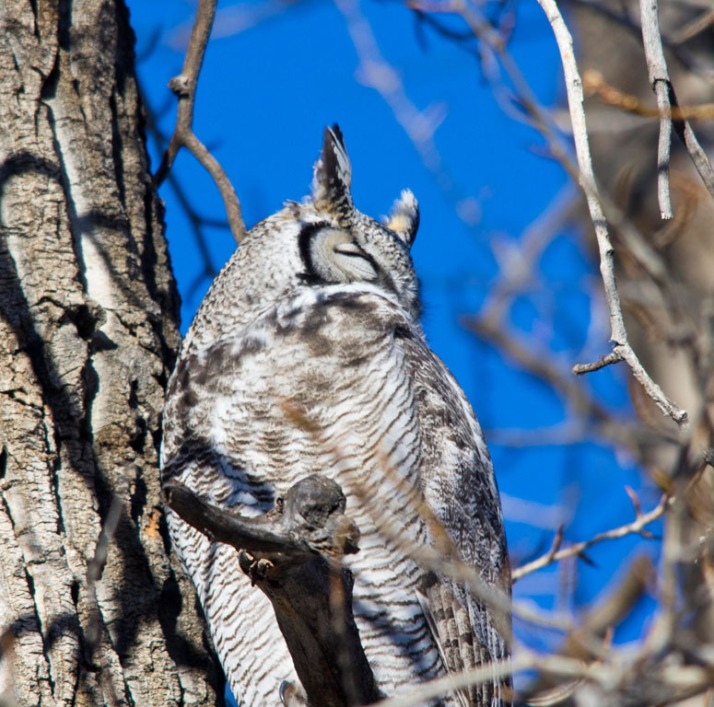 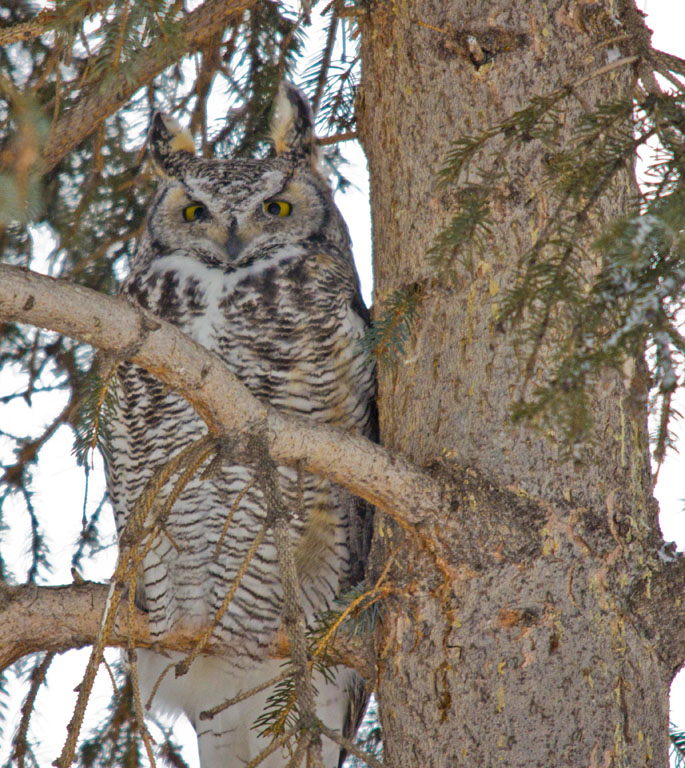 East to the Bow River we trekked. On Saturday, our travels were interspersed with a view of some Northern Flicker, as well as a single Killdeer, before reaching the Bow River, flush with Canada Geese, Mallards, Common Mergansers, Buffleheads and Common Goldeneye. After viewing them for a while in vain search of a Cinnamon Teal that had been sighted earlier in the week, we packed up and headed home. 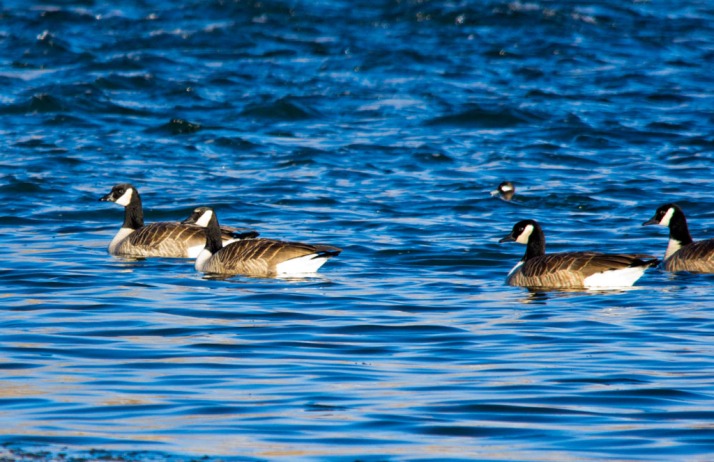 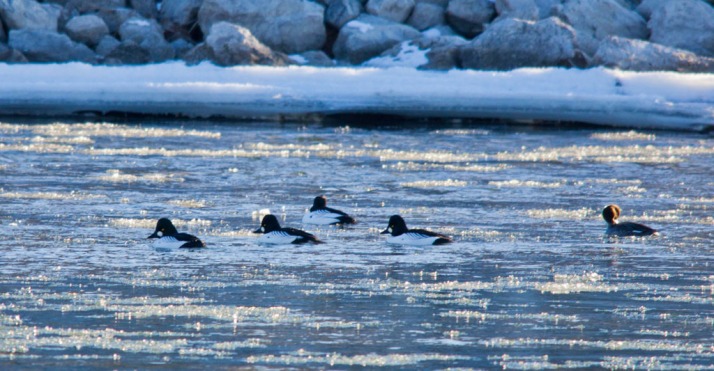 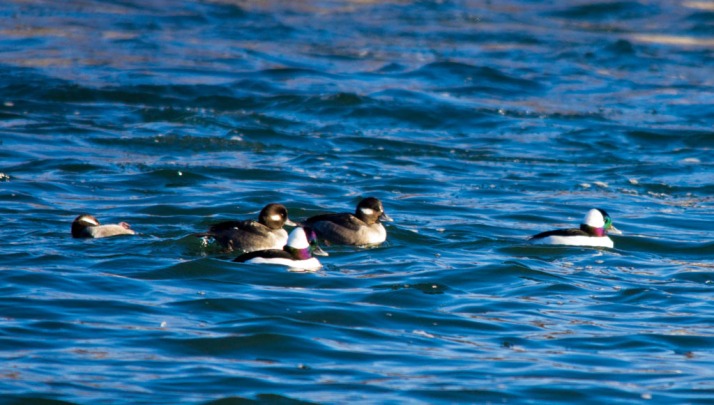 Sunday though, we were trudging our way through the fresh snow only to be stopped by the gurgling trill of a nearby Bald Eagle. In fact, two of them were perched above a bend in the Bow River, though as our travels brought us closer, they flushed and headed northward. 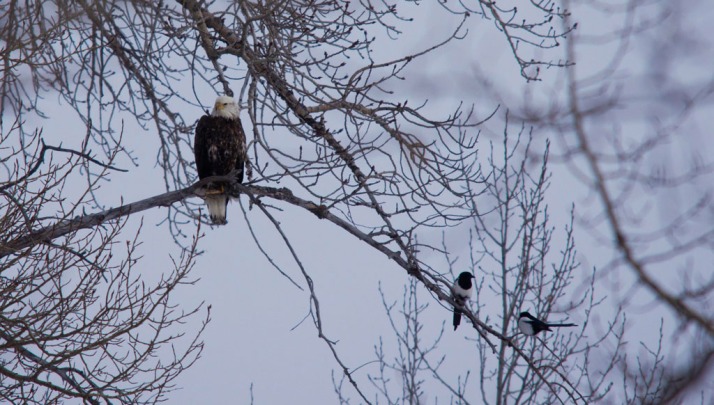 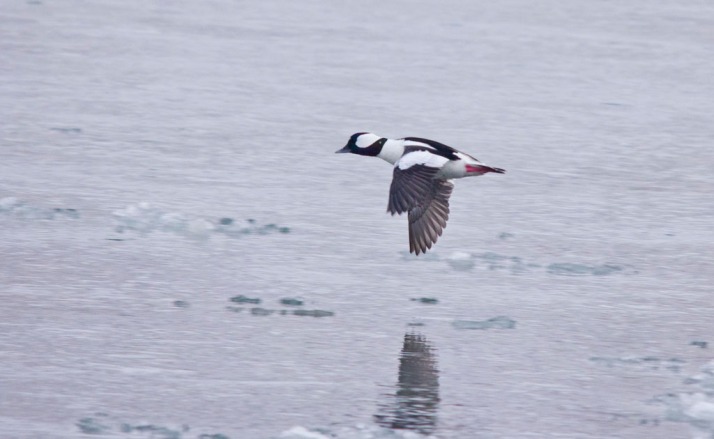 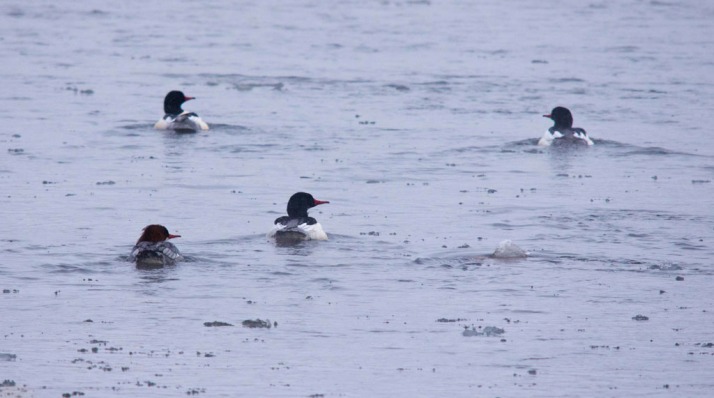 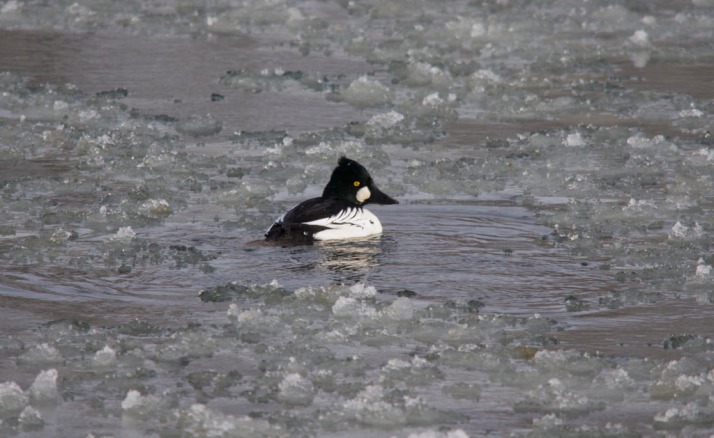 Sunday also treated us to a view of an anomalous bird that had been spotted the previous day. A lone Lesser Scaup among the Canada Geese and Mallards near the Boat Launch at Hull’s Woods. After pausing to take a few photos and get a positive ID, we headed back to the vehicles. 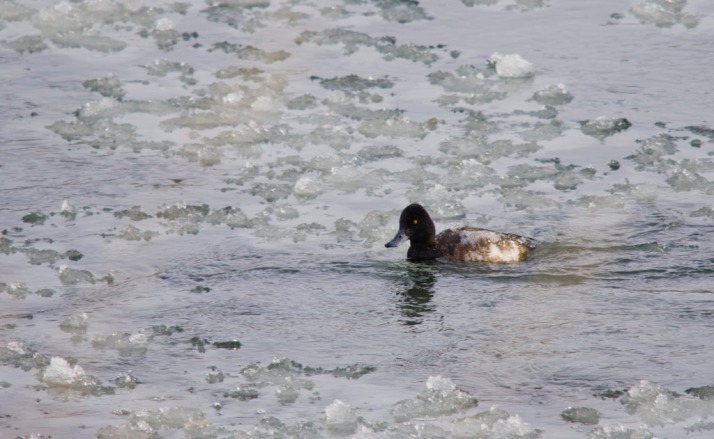 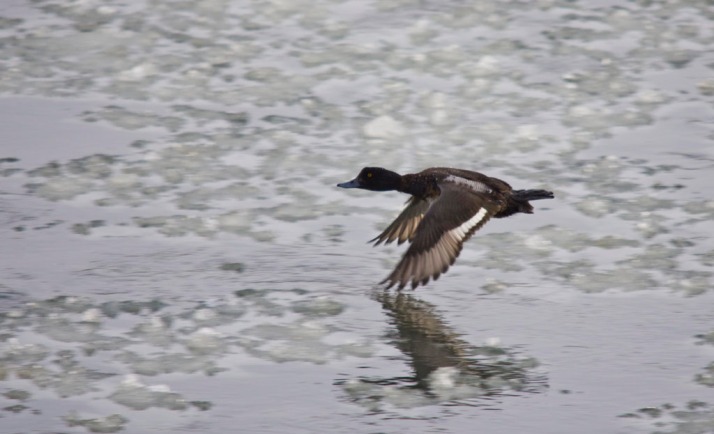 I am definitely looking forward to assisting in this course, as many of our Sunday birders are eager to learn as much as we can teach them about the birds of Calgary and area, and I also look forward to watching the seasons change back to spring and experiencing the full extent of spring migration here in the frozen north of Calgary!

I hope you enjoyed these photos as much as I enjoyed taking them, and look forward to a new year of learning about these incredible animals with you all!