This week, the Friends of Fish Creek Birding course ventured out to Griffith Woods Park, on the southwest corner of the city. This was a new location for me, as my birding prior to September was limited to a handful of well traveled patches near the center of the city. After spending a few hours here last Sunday, I know that I’d be terribly remiss to not get out there again in the spring and summer.

It was, unfortunately, a relatively grey day, which lately has also meant fairly quiet in terms of both species and populations of birds, but we still got a couple new ones for our little group. As usual, I’ve posted the route we took on our little walk below, with the highlights noted in the captions.

Of course, the regulars were in attendance for the walk. The Canada Geese, which I’ve almost started to take for granted, were paddling up and down the Elbow River. 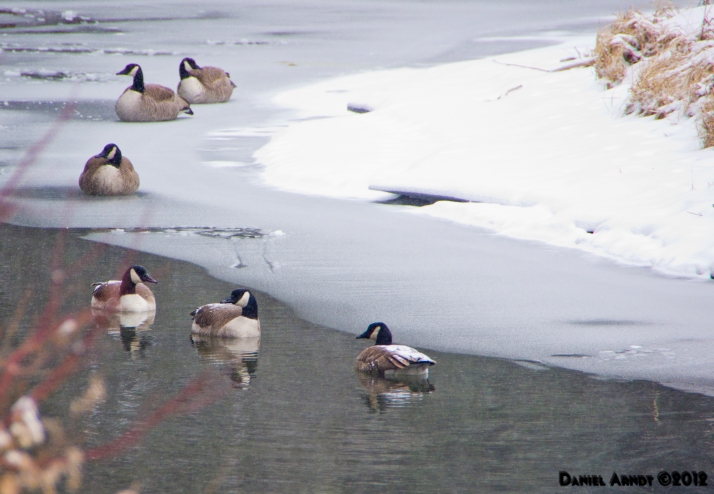 Common Redpolls were seen at the far east end of our walk, right at the beginning, along with an incredibly distant Blue Jay, which also alerted us to the presence of a Belted Kingfisher, which flew just a little too fast for me to get my camera up before it was gone.

About mid-way through our walk, Bob Lefebvre pointed out this beautiful little nest of one of the hummingbird species found in the Calgary area. Thankfully, nobody was home. (Special thanks to hand model Wayne Walker for presenting his world-famous hands for scale.)

On the far west end, while moving through a stand of very large white spruce, I was alerted to the sound of the Golden-crowned Kinglet. Not one, not two, but a flock of six(!) of them flitted amongst the trees while I wheeled and turned to get my lens on just one of them. Sadly, this was the best I got…

On our trip back, following the power lines that, for some reason were slated to cut directly through the center of the park, we heard the call of this male Pileated Woodpecker, who treated us to a wonderful series of aerial displays and a drumming serenade. 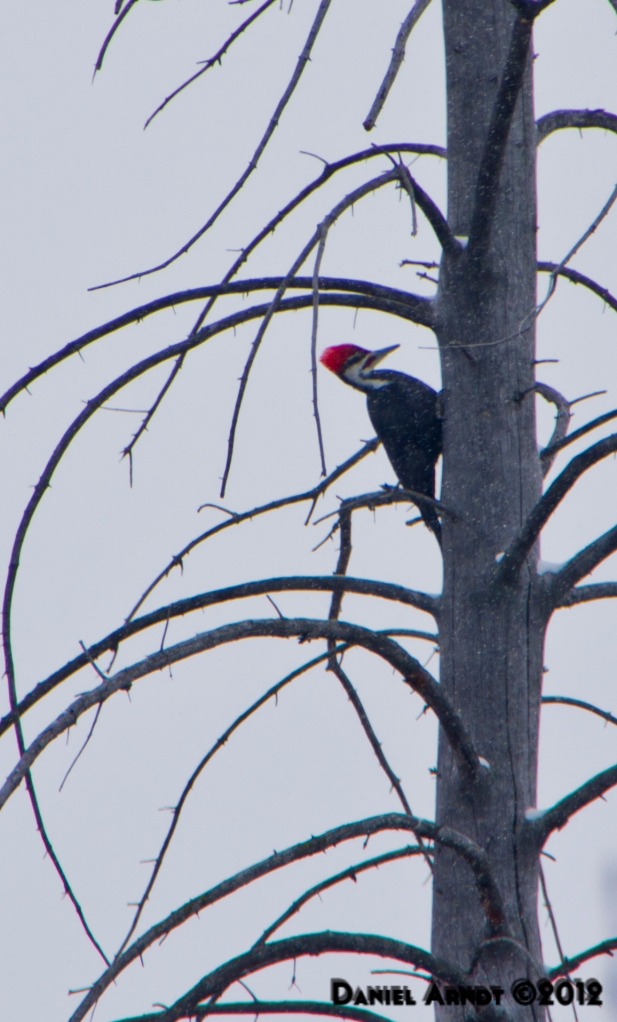 And that seemed like the end of the day for us… I was a little disappointed in the number of usable shots I was able to get on the walk, and the light was opening up just a touch, so I convinced Bob to walk back to try for another shot or two of the Belted Kingfisher. Sadly, though we heard it call at least twice, the only thing we were able to find were a whole bunch of rocks.

Nothing here but us rocks

Wait… what’s that in the middle of the frame? When the Belted Kingfisher called for the last time before we left, we happened to spot two smaller birds with white on the underside of its primary flight feathers, which we thought might just have sounded like Killdeer.

Turns out, much to our surprise, we were right. Not one, but two Killdeer on the Elbow River at Griffith Woods. Hardy survivors of a relatively mild winter here in Calgary. 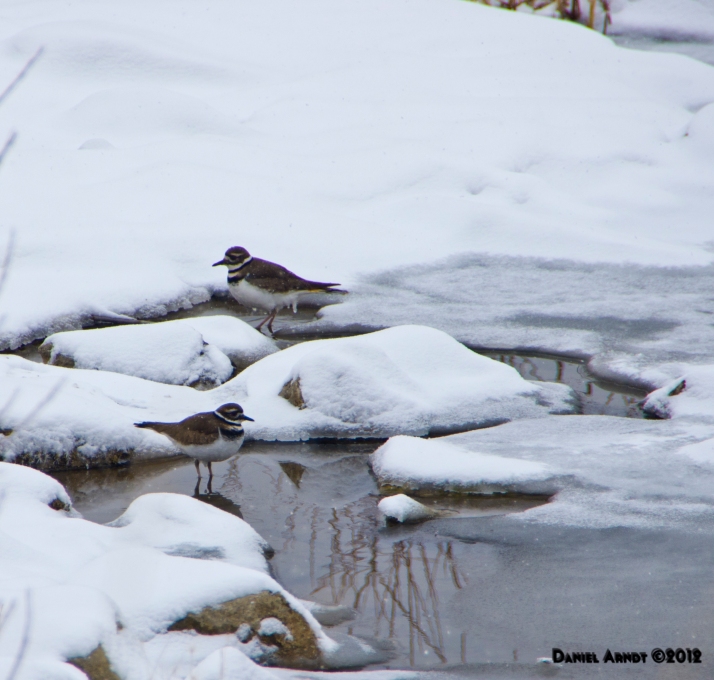 Definitely the highlight of the day was seeing this pair. It is unfortunate that the attendees of our walk didn’t get a chance to see them, but there will definitely be more of these little shorebirds around very soon!

Have a great weekend, and we’ll see you soon!