One of the places that I enjoyed watching birds doing what birds do has always been the Glenmore Reservoir. Even before I made the transition from photographer, to nature photographer, to serious birder, it was always somewhere that I could find something interesting and inspiring to shoot. This week was certainly no different.

Starting at the parking lot, we headed east along the bank of the reservior to the point, then headed west along the banks before heading up the hill into the woods and returning via a trail that runs parallel to the bank about half way up the hillside, then up to the multi-use pathway before returning to the parking lot and dispersing for the day.

A huge number of species had been reported all week, and I was itching to get out there and get some new birds for the year, and get some new species photographed for the blog. While I didn’t see all the ones I had hoped for, we did get some fairly close looks at quite a few great birds.

The stretch between the parking lot and the point turned out to be one of the most productive of the morning, giving us looks at at least one Red-necked Grebe, our only Ruddy Duck of the day, and four Common Loons, along with the usual Mallards, American Wigeon, and Lesser Scaup which have been regular sightings for the spring course so far. Out beyond the range of my camera lens were dozens of Franklin’s Gulls, Bufflehead, and even more Lesser Scaup, in impressive numbers, with a few Common Goldeneye mixed in. After reaching the point, we took a look around and spotted a few American Coots near shore, which was another new bird for our group this year. 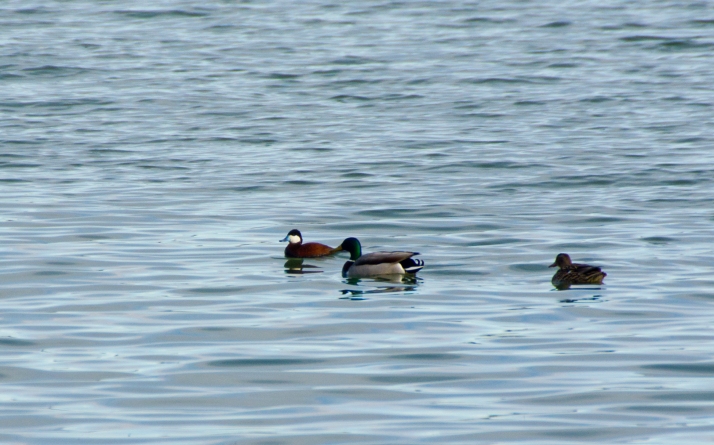 After we passed the the canoe club, we were greeted by a small flock of Yellow-rumped Warblers, another new year-bird for me!

Further along the path we decided to pause and take stock of the birds across the shore from our position before we turned and headed into the forested area. Along with a dozen or so Trumpeter Swans, we spotted a half dozen Northern Shoveler, a pair of Greater Yellowlegs, and a huge number of Franklin’s Gulls, as well as getting is fairly close to a contingent of Horned Grebes which posed very nicely for the paparazzi. 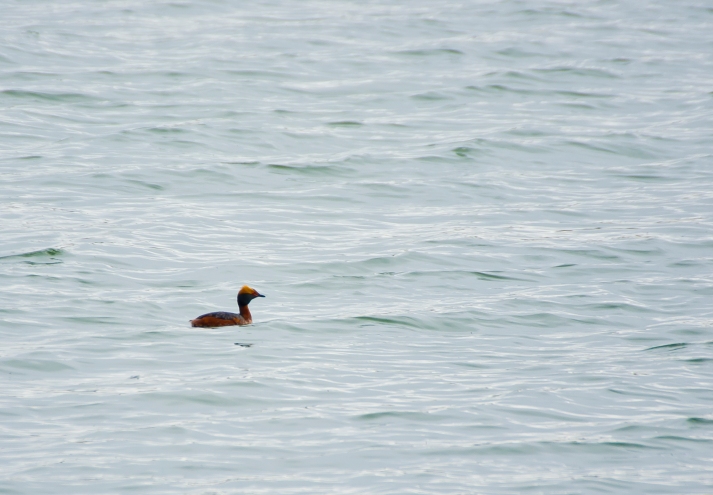 A few moments later, this Cooper’s Hawk flew overhead carrying something in its claws while being pursued by a trio of American Crows.

From there, we headed into the woods, where we got a few familiar species onto our list, the Red-breasted Nuthatch and Black-capped Chickadee, but the trail was extremely quiet. We elected to head up to the main multi-use pathway, and we were glad we did! A Savannah Sparrow, Tree Swallows, and Northern Rough-winged Swallow were added to the day list thanks to some of our more keen-eyed and eared attendees! Another heard a lone Boreal Chorus Frog in a nearby water hole, but we couldn’t get very close to it, and it wasn’t until we were once again near the parking lot before we heard them again and decided to investigate. These little frogs are incredibly loud for their size, and here are a few scenes I managed to capture.