I thought I was prepared for a second long day in a row of birding, but I was nowhere near as prepared as I thought. An early start at the Weaselhead at 5 AM netted us great looks at a couple of Veery, the haunting and somewhat creepy calls of a Swainson’s Thrush, and two mystery calls which completely stumped us. I just wish we’d had the foresight to record them so we could get some expert advice!

We joined up with a small group for our regular Sunday group, with some out of town, others sick, and still others not quite up for the grueling day ahead. 16 km and 6 hours later (map below), we emerged with a whole lot of really great birds, a couple of awesome sightings, and expressions of nothing less than pure joy at some folks’ first close sightings of both Calliope and Rufous Hummingbirds in the wild. 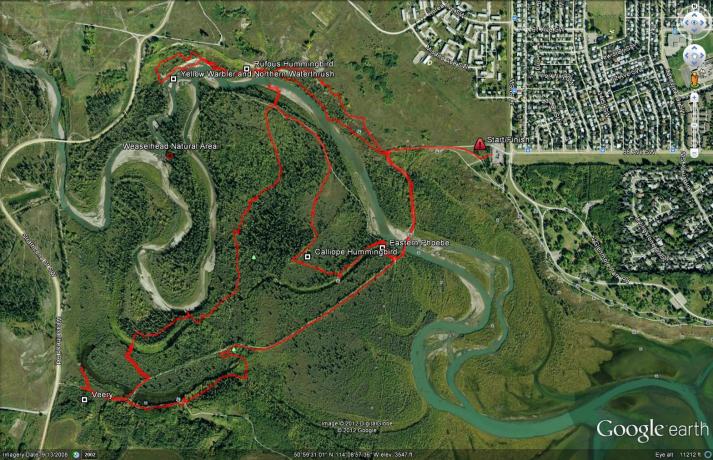 The Weaselhead Nature Area encompasses both the mudflats of the Glenmore Reservoir, the boreal forest of the central woods and meadows, the riparian environment lush with warblers, sparrows, finches and the odd duck or three and even a few large ponds stocked with waterfowl and shorebirds. It’s funny that as a native Calgarian of over 30 years, my first visit to the Weaselhead was late last fall. It’s such a beautiful, scenic, and massive natural area that rivals Fish Creek Provincial Park for diversity, and again, right in the heart of the city. Most people, myself included, have a relatively limited experience with it, as the multi-use pathway that runs down the middle of it links North Glenmore Park to South Glenmore Park, but the unpaved path network is simply massive.

Some of the best sightings in the Weaselhead included the Veery, Eastern Phoebe, Calliope Hummingbird, Rufous Hummingbird, a very brave Yellow Warbler that nearly landed, comedy-style, on the binoculars of another birder, and a Northern Waterthrush that was heard long before it was seen.

Over on the Glenmore Reservoir we were given great directions to a resident Brown Thrasher that has been seen there for a few years now, and had great views through the scope of a Common Loon, Western and Clark’s Grebes, and a slightly lost Surf Scoter.

The day wore on, and the visit to Pearce Estate Park loomed on the horizon, but it was far less painful than it could have been. The recently rebuilt park now has a wonderful boardwalk and blinds over the ponds, which allowed us to get very close looks at the often frustratingly cautious Belted Kingfisher. We heard quite a few Warbling Vireo, and I got my first ever looks at juvenile Common Goldeneye, which are even more adorable than any gosling or Mallard chick that I’ve ever seen before. 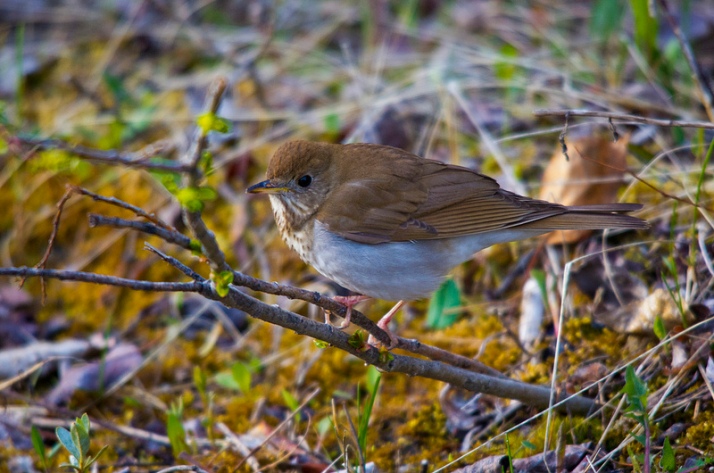 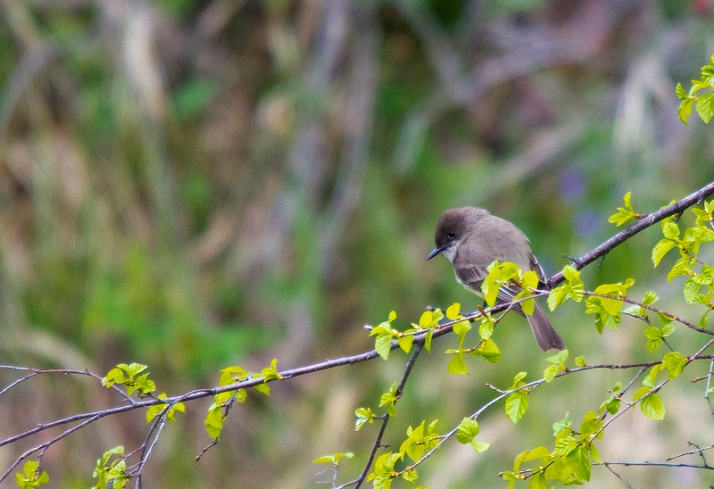 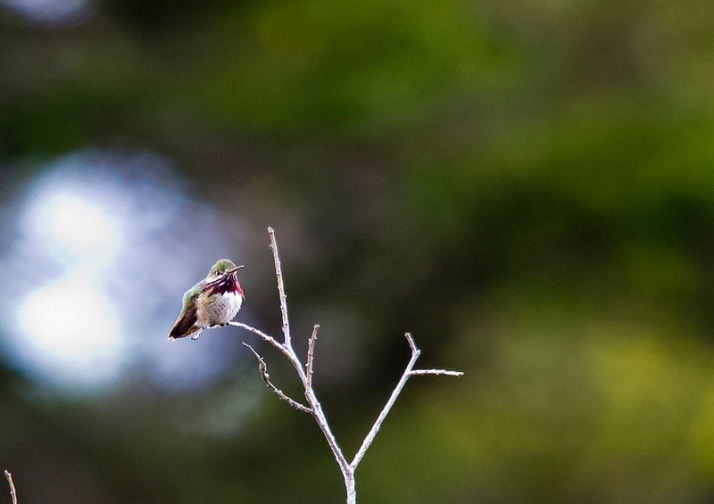 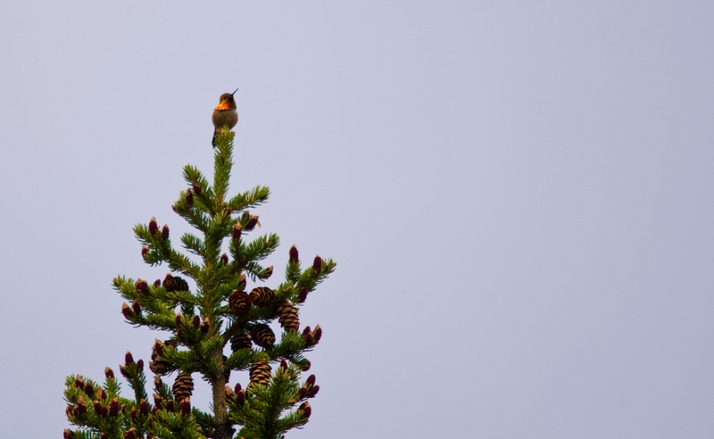 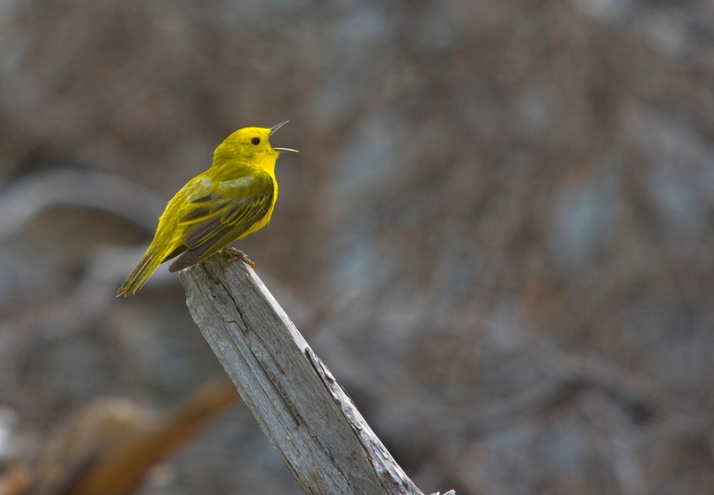 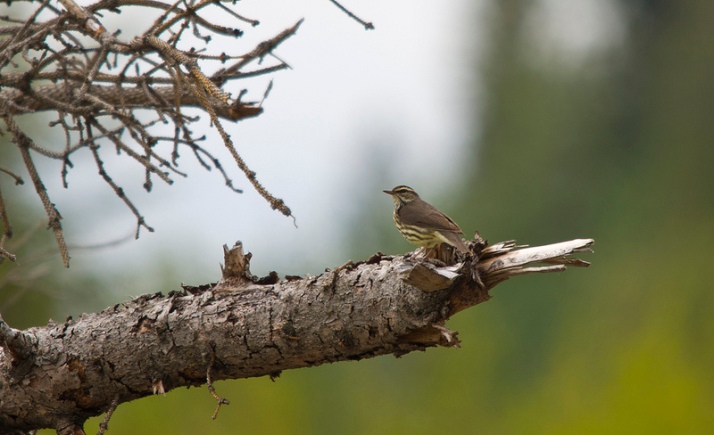 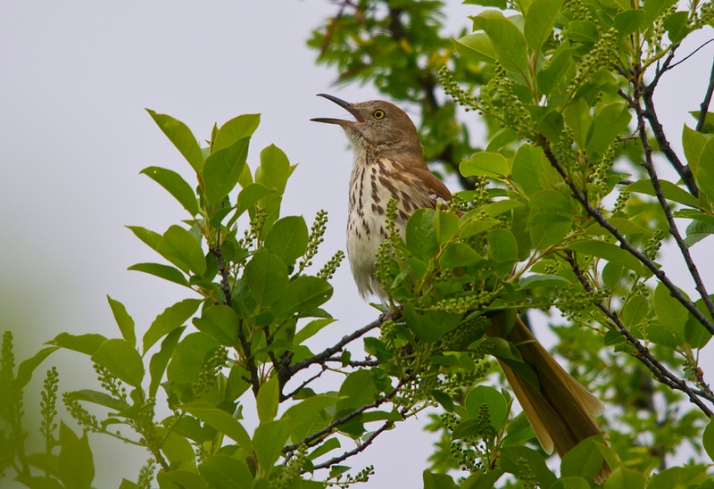 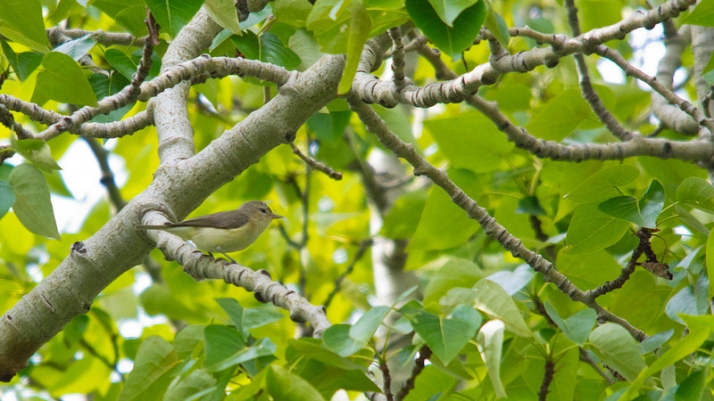 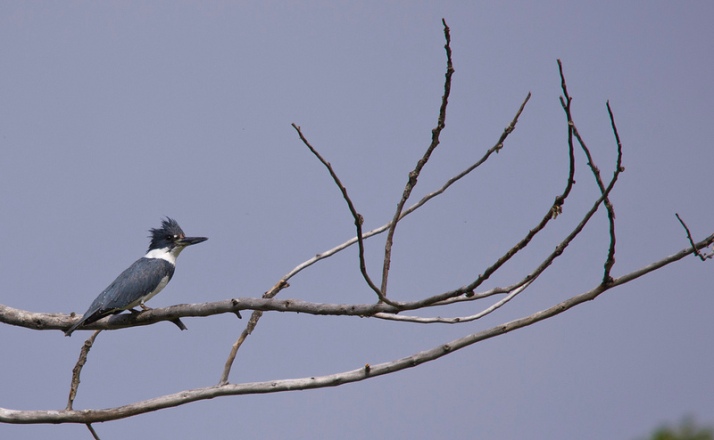 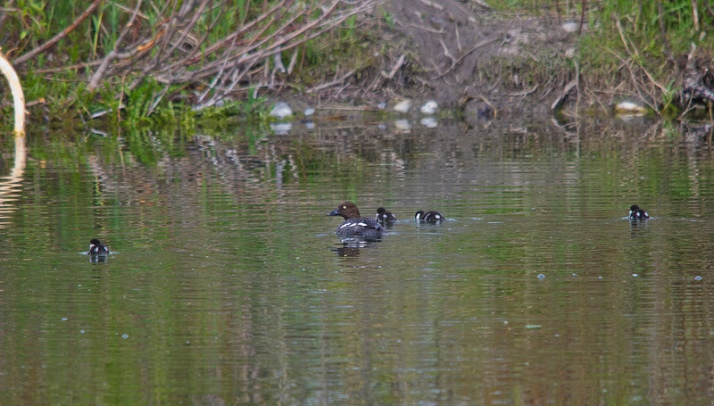