The final week of the Friends of Fish Creek Spring Birding course once again took us to the south end of Fish Creek Provincial Park, specifically, to the Boat Launch and south to Lafarge Meadows sloughs, which Matthew Sim has recently posted about. It was a good finish to a great course, and I am looking forward to joining a new group of fresh-faced and enthusiastic birders as fall migration is in full swing by September.

We started off with a new bird for our group (and for myself) for the year. Just north of the boat launch were a trio of American White Pelicans, one of which decided it was a bit too rainy for his liking and flew off before I took this photo. The water level both on the Bow River and in the sloughs adjacent to the pathway were incredibly high, and in some areas of the city, the weekend of June 24th was a time of some minor, or not so minor flooding. It seemed that the pelicans didn’t mind it so much, as they were seen regularly at this point all week long.

As we got looks at these gorgeous white birds, we couldn’t help but notice that a family of Tree Swallows had set up a nest inside one of the horizontal access gate poles. This male stood guard while the female was on the nest deep inside the gate.

Just south of the boat launch, on the west side of the path, there are normally three large sloughs on the north side of 22X. Because of the flooding, they all had merged into one incredibly large slough, and this Black Tern, along with three of its buddies, were making short work of the small fish, arthropods, and worms that were found within. 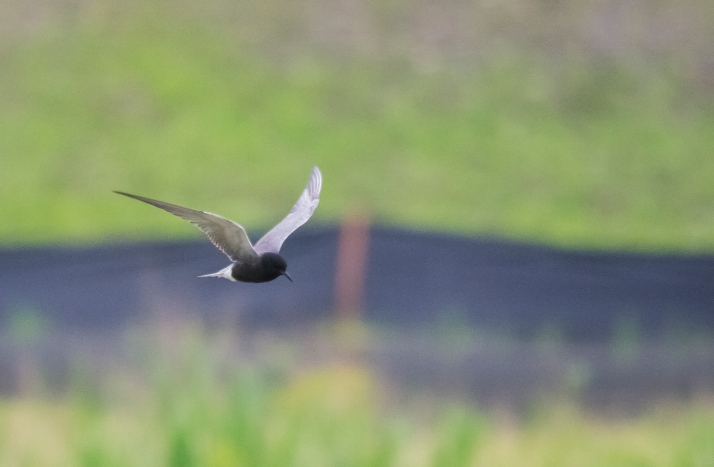 As we headed underneath the 22X bridge, and emerged on the other side, we stayed close to the river in hopes of spotting another of our target species for the day, the Western Kingbird. While not quite what we were looking for, this Eastern Kingbird was harassing (or being harassed by?) a Black-billed Magpie. Inter-species territorial disputes are always fun to watch. 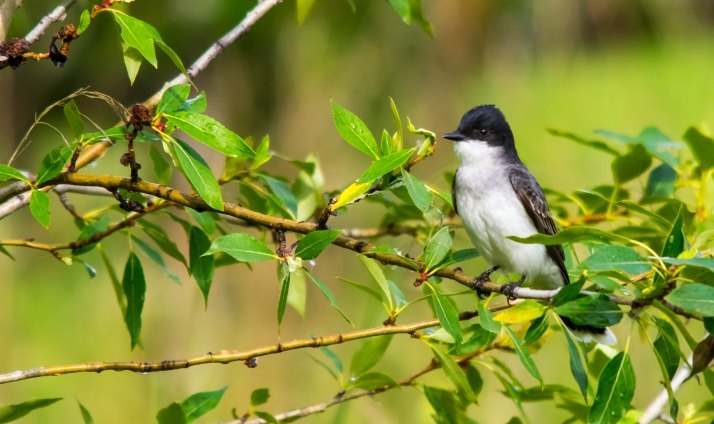 While having great views of one species of the tyrant flycatchers is always good, not fifty meters away we were greeted by the sound of at least three Western Wood-Pewees harassing a family of Common Ravens, not to far from their likely nest site. Once again, inter-species territory disputes are the rule of the day! 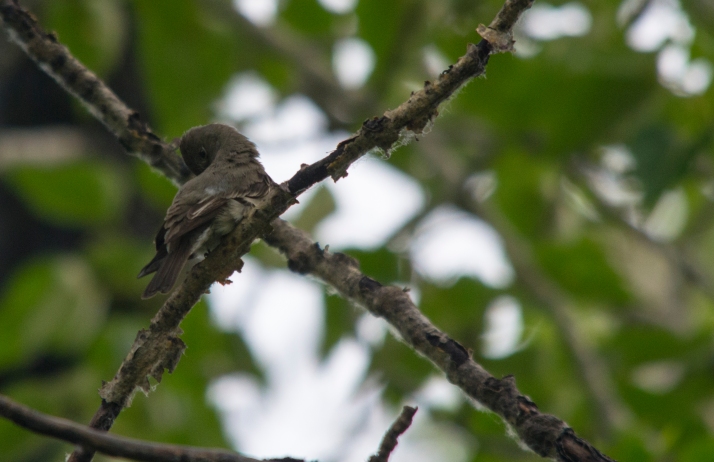 As we headed further south along the river bank, we began heading into a bit more open grasslands and sloughs, and got much closer views of a number of waterfowl and other wetland birds. As we rounded one corner, we saw a Spotted Sandpiper give a bit of a broken wing display before flying up off her nest and, seemingly, abandoning it. We got some very good views of the nest, albeit brief, before moving off to a safe distance. We weren’t twenty meters away before the doting mother was back down on top of her clutch of eggs.

Meanwhile, this female Common Merganser was not about to leave her perch no matter how close we got to her. This is the same female and nest that Paul and I noted on the May species count.

The closer we got to the southernmost sloughs at Lafarge Meadows, the more the landscape changed from woods to grassland. Savannah Sparrows became the norm, compared with the Song Sparrows and Clay-colored Sparrows back to the north, and we even got a few good looks at a few Yellow-headed Blackbirds, clearly indicating that we were in a well developed wetland. 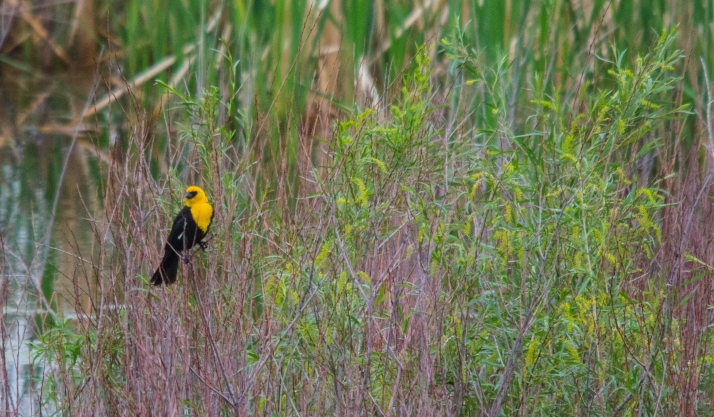 No visit to the wetlands in the spring would be complete without seeing the assorted ducklings, and we got quite a treat on that front! Not only did we see a trio of Common Goldeneye chicks, but also a female Hooded Merganser with her brood in tow! 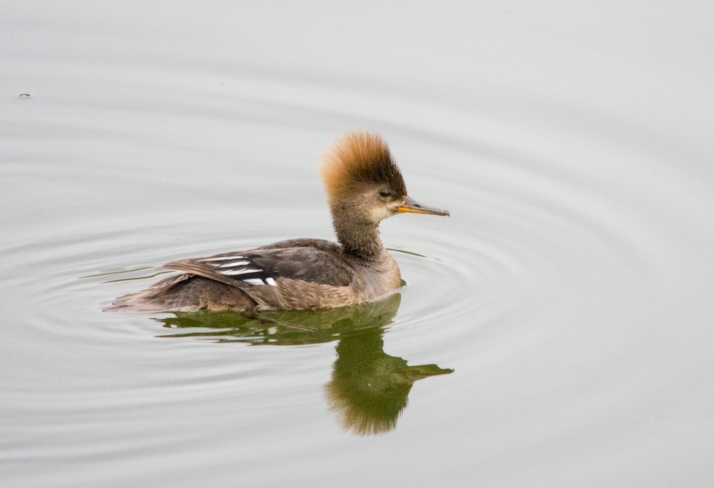 And last but not least, this Blue-winged Teal was eager to show off his namesake, and sat patiently while not one, not two, but five photographers got good, clear shots of the blue flight feathers that inspired his name.

A great note to end off another great season of birding.

Over the summer, I have a number of various blog posts planned, mostly based around a few road trips and birding trips I have planned here and there. I look forward to sharing my stories and photos with all of you all summer long!

One thought on “Lafarge Meadows – Flooding, baby birds, and a tern for the better”