On a recent bike ride of mine to Votier’s Flats in Fish Creek P.P. I came across a juvenile Great Blue Heron in a storm water pond so I got myself into a good position to photograph it. I sat watching and photographing the heron for some time when suddenly, an adult Great Blue flew in. 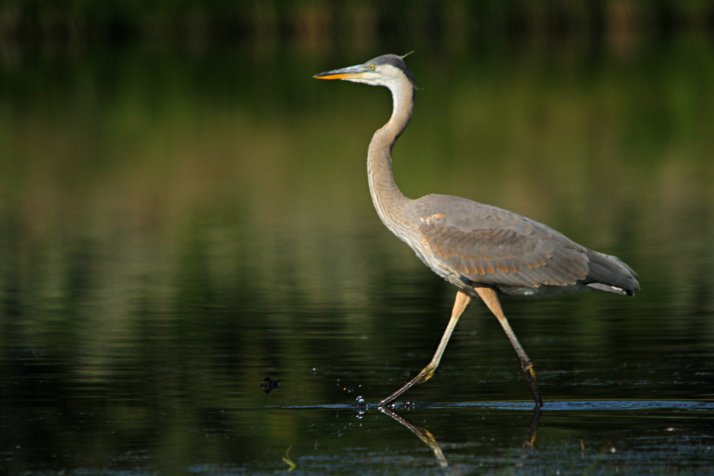 A rather impressive landing…

The adult heron seemed to “own” the ponds and did not take kindly to the young heron fishing in his waters. The adult proceeded to hunch himself up in a bid to frighten the juvenile.

All hunched up, the adult Great Blue proceeded to hurriedly chase the juvenile around the pond until finally the young heron took a running start and flew off. 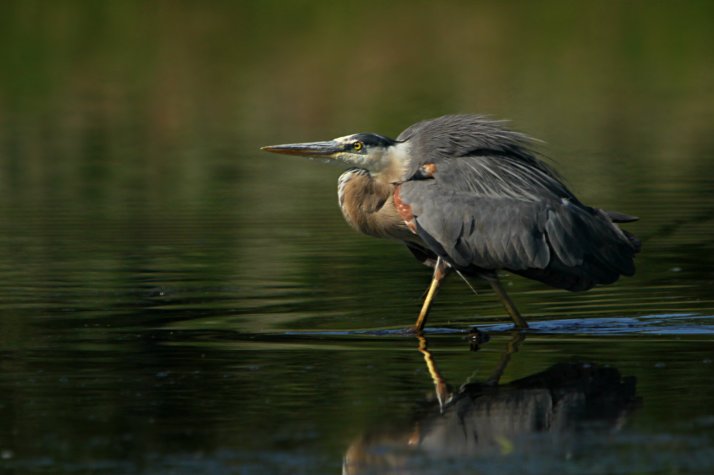 Taking off with a running start.

Far from being content however, the adult flew after the young one and the two of them disappeared over the hills. I didn’t move from my position however, because I had a feeling that at least one of the herons would be returning. Sure, enough, several minutes later, the adult returned finally content at having chased the young upstart off of his territory. 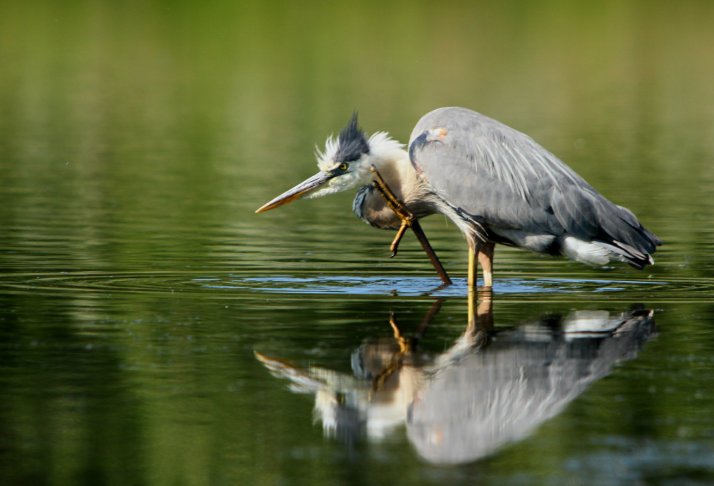 Finally able to relax and scratch his head.

3 thoughts on “Clash of the herons”