For those of us who feed (and water) birds, every once in a while we get a special treat in the form of a new bird species at our feeder or bird bath. Even less common though, are those that decide to stick around and make your yard a semi-permanent home away from home, and become regular visitors. But the most special of all are the rare and wonderful hardy little birds that have decided to make you responsible to making sure it survives the winter, by deciding to overwinter, sometimes thousands of kilometers away from their regular wintering grounds, right in your yard. While those aren’t the only birds that overwinter in Calgary and Southern Alberta, they are sometimes the most visible.

Take, for instance, this Yellow-rumped Warbler that’s spent this winter in the SW Calgary in the yard of Joanne Nemeth, one of the regular attendees of the FFCPP Birding Courses.

After showing up for the first time in December, it’s made regular appearances and seems to be surviving quite well! 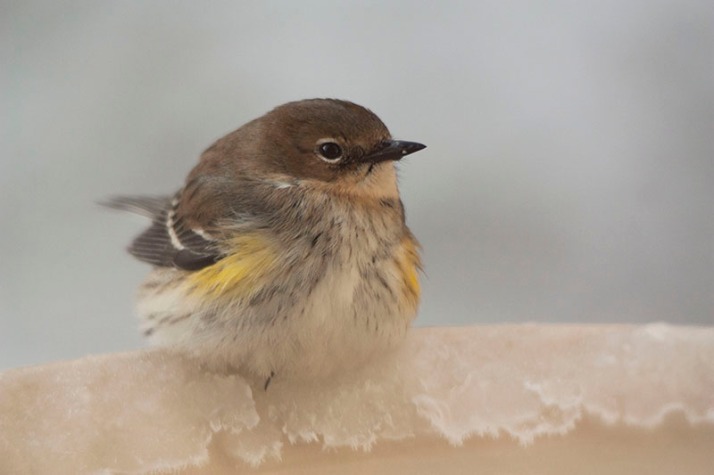 Yellow-rumped Warbler at the bird bath (Photo by Joanne Nemeth)

Of course we can’t forget the Mourning Doves that our fearless leader Pat Bumstead has had regularly in her yard. 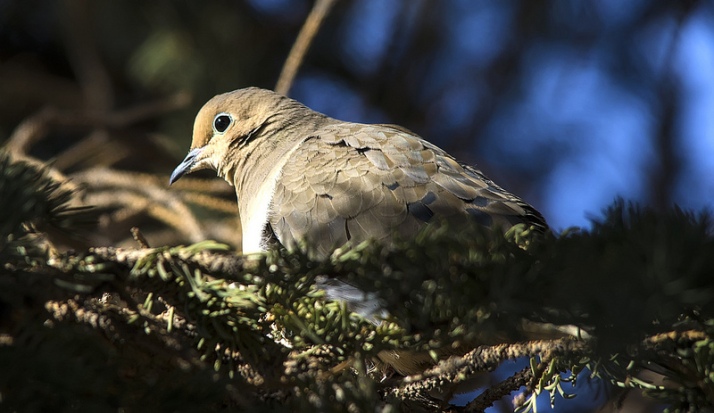 One odd pairing was a small flock of five Eurasian Collared Doves, along with a pair of American Robins in the southeast community of Parkland in January, which have also managed to tough out the winter. 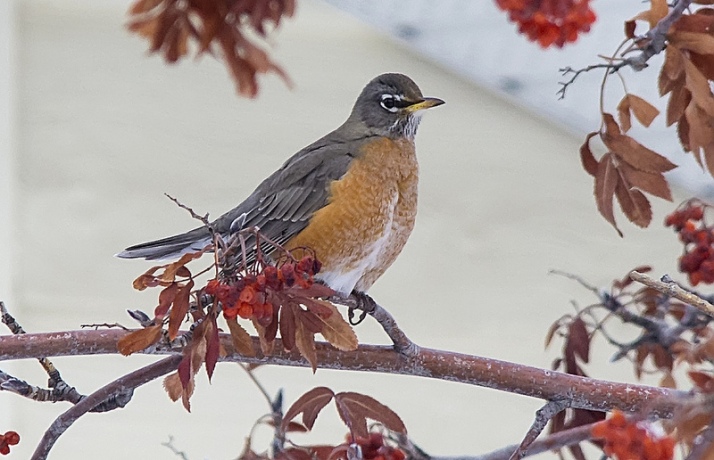 A little less exotic, and one of a fairly large flock that has overwintered successfully in Calgary for a number of years, is this American Crow. Even still, it does make one think twice when identifying Common Ravens in Calgary in the winter.

Outside the city limits, but only a short drive away, are the now famous (infamous?) Weed Lake Five. This incredibly odd assemblage of a male Lesser Scaup, female Mallard, female Green-winged Teal, female Gadwall, and female Northern Shoveler have so far successfully overwintered in a patch of water no larger than 25 meters across at the widest point. The fact that not a single one fell prey to coyotes, raptors, or even the harsh cold snaps we’ve had on such a small patch of water is astounding.

Not all overwintering bird stories have happy endings though. This Song Sparrow in Votier’s Flats, Fish Creek Provincial Park, made a good attempt at overwintering at a storm water outflow on Fish Creek. While it was regularly seen up until the beginning of February, it hasn’t been seen since. While I still hold out hope that it’s managed to survive, it’s hard to say for sure. 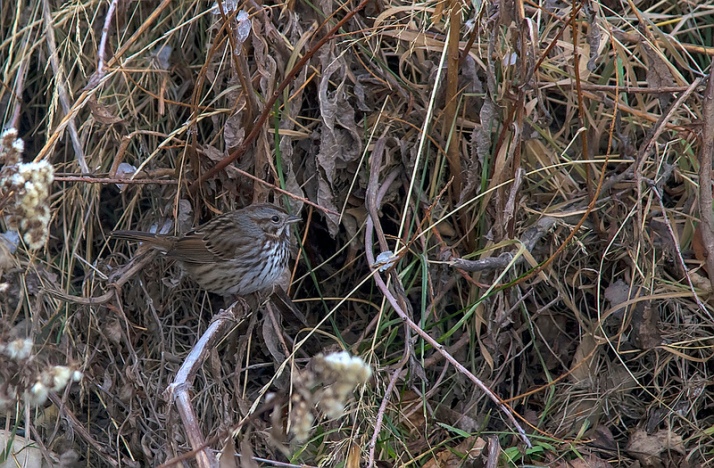 Oh, and of course, who could forget the birds that inspired this post, the pair of Killdeer that we found in Griffith Woods Park today. 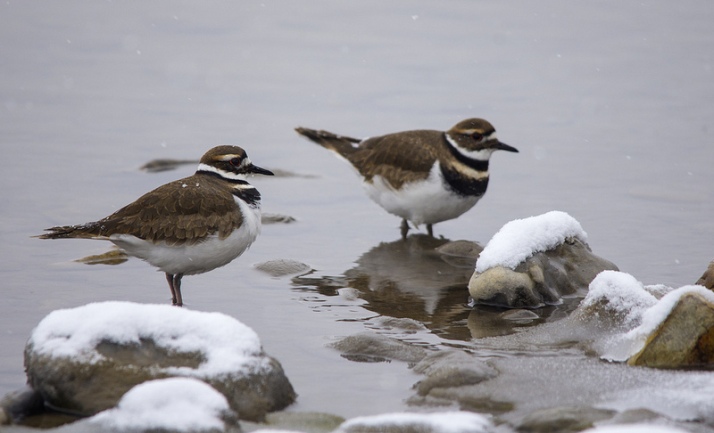 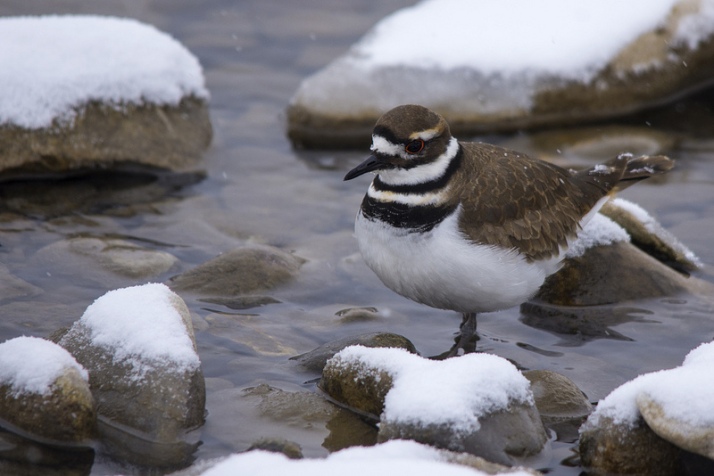 Have you spotted any unusual overwintering birds this year? Let us know!