One of my favourite trips in the wonderful book “Day Trips from Calgary” by Bill Corbett, is the magical and amazing Alberta Birds of Prey Foundation, located in Coaldale, Alberta. The drive itself is wonderful and offers plenty of opportunities for birding the dozens of lakes, sloughs, and fields in the two and a half hour trip into southern Alberta, but the grounds of the visitor centre would turn any non-birder into a confirmed bird lover.

You don’t even have to go in to the centre to get your bird fix. Surrounding the visitor centre are a series of ponds and marshes that are home not only to shorebirds, but also to passerines, flycatchers, and even large numbers of waterfowl.

A few of these Common Yellowthroat were seen just outside the visitor centre just before it opened. 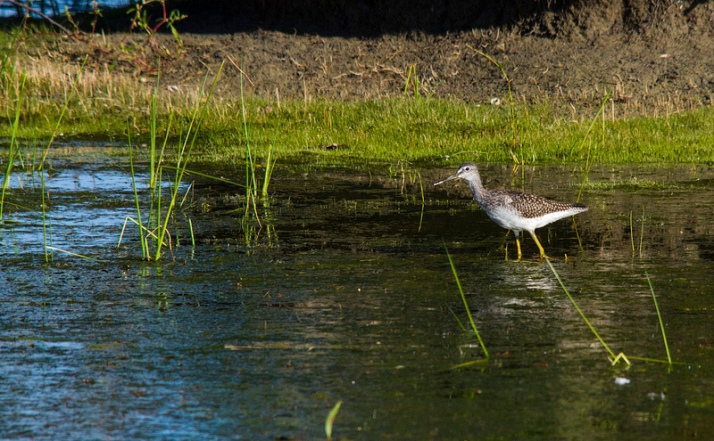 Three or four Greater Yellowlegs were picking food out of the water just west of the visitor centre.

“But neither of these are birds of prey!” I hear you shouting. You’re right, they’re not. So, without further ado, on with the show!

Last year, the visitor centre housed a juvenile Swainson’s Hawk, which was penned near the front desk. 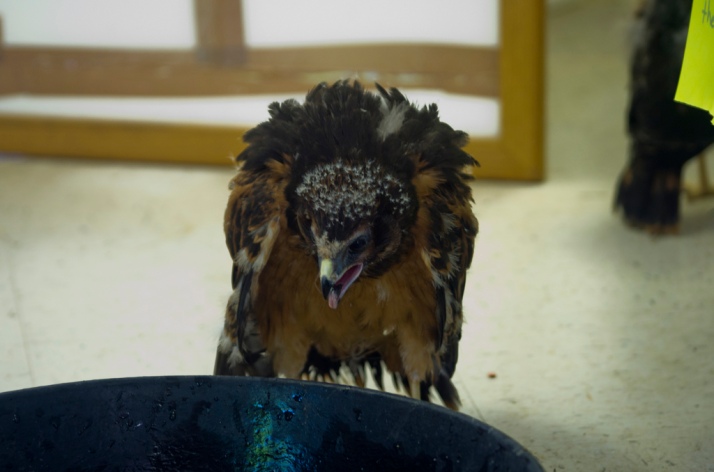 This year though, we were greeted by Basil, the Burrowing Owl, who cooed and huffed, but investigated us with as much curiousity as we had about him. 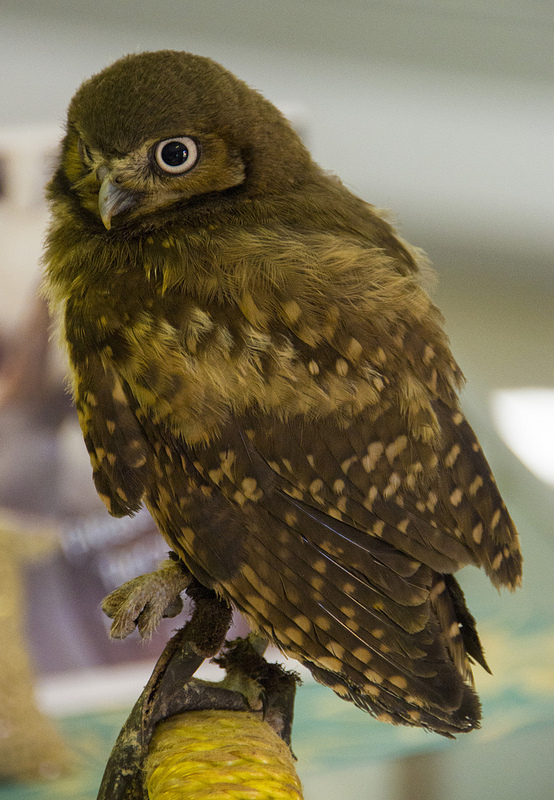 There is a huge portion of the Birds of Prey Foundation that is devoted to rehabilitation of injured or orphaned birds of prey. Some of the current residents are recovering from their injuries, such as the Broad-winged Hawk and the Rough-legged Hawk in their care. Both of these birds are recovering from wing injuries, and will require rehabilitation for quite some time before they can be released back into the wild. 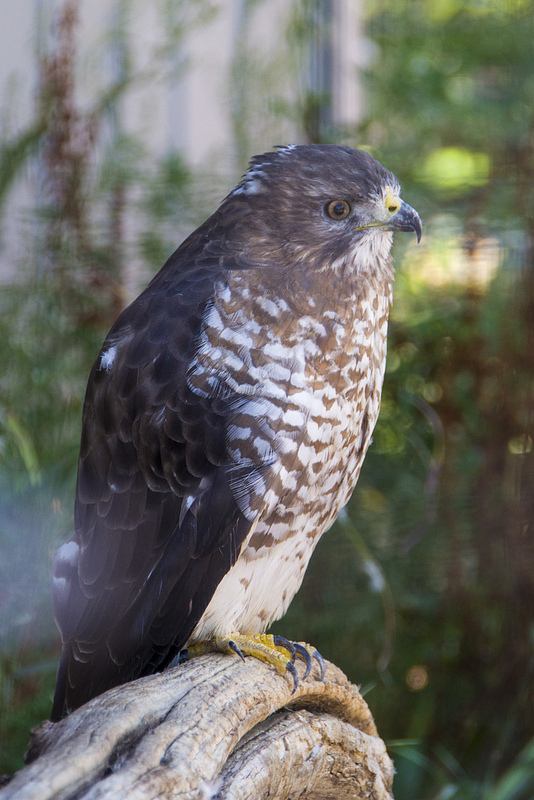 A few others birds on display are of unknown affinity, and I wasn’t able to track any of the volunteers down to ask them for clarification, but they’re beautiful birds nonetheless. 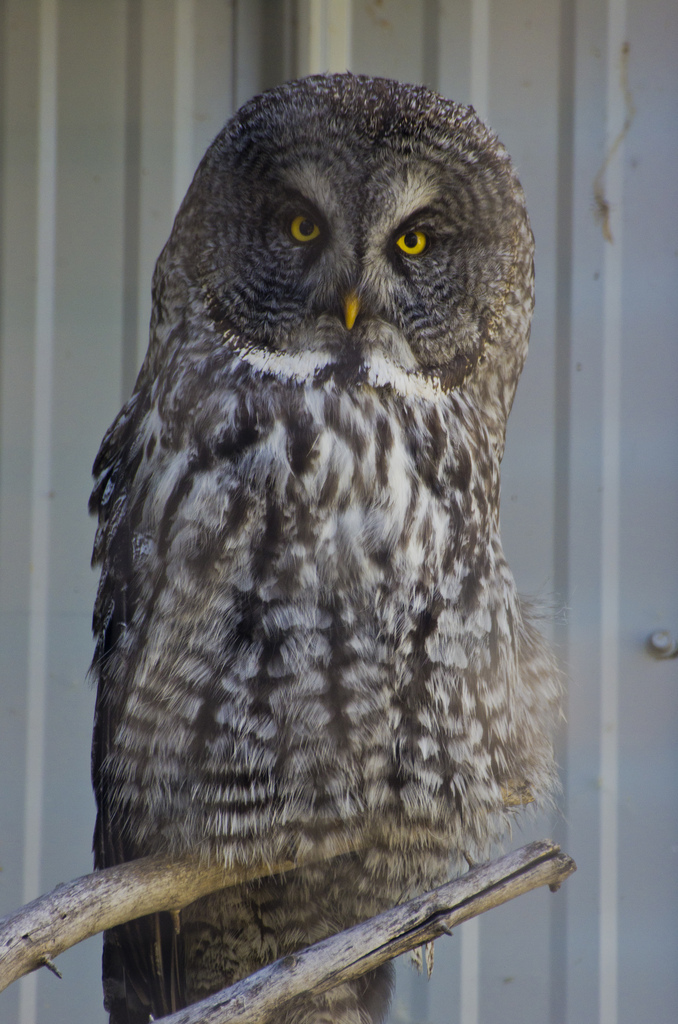 Others are permanent residents of the centre, and are part of breeding programs that are incredibly successful. Both the Merlins and Burrowing Owls are successful parents, and have regularly fledged offspring for quite a few years. 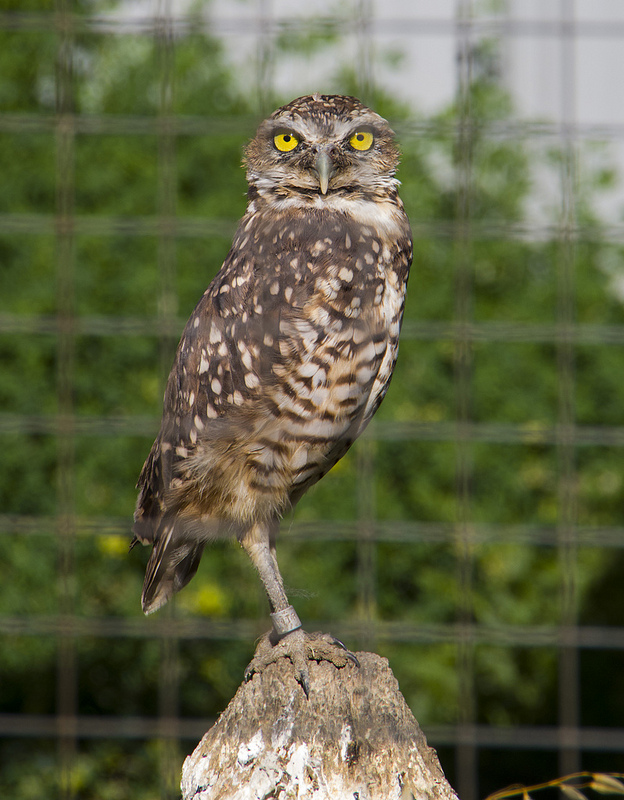 Arguably just as important as the rehabilitation, breeding, and even the care of these gorgeous raptors are the educational animals that they keep on hand, (and in some cases, in hand!) for public events, or even just for a private moment or two with visitors to the Birds of Prey Foundation visitors centre. 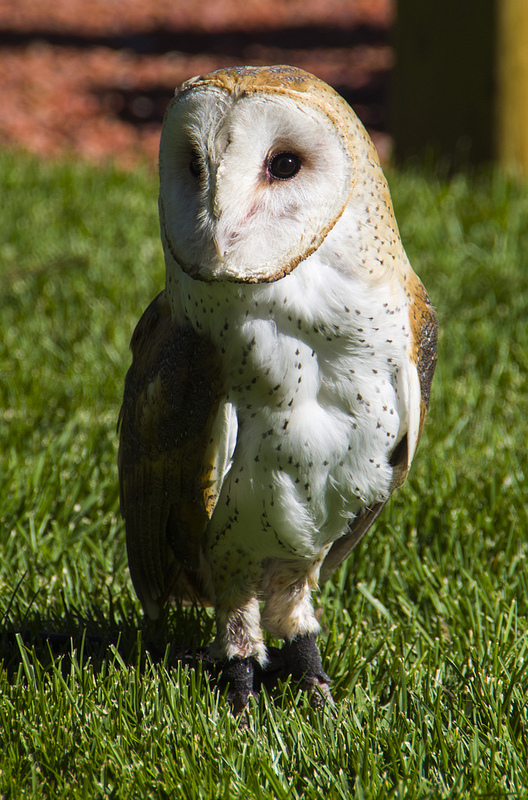 Barn Owl – though not considered “native” to Alberta, they are occasionally reported here.

The Short-eared Owl is quite possibly my favourite owl species. 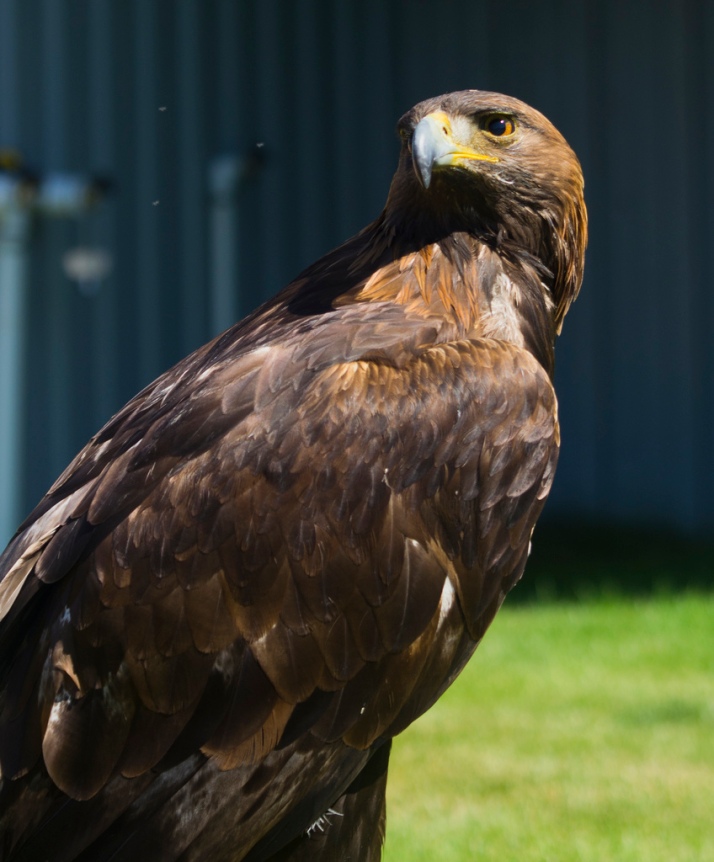 Lauren and Alex Jr., one of the Burrowing Owl mascots of the Birds of Prey centre.

Don’t we just look SO happy together?

It’s hard to narrow down from the dozens of pictures that I took here to figure out just which ones are the best and which ones to post. Even looking over the post now, I know I’ve missed a few species and quite a few great photos that would represent them, but really, it’s worth going and visiting for yourself. They’re open this season until September 10, 2012, and will reopen to the public early next May. Why are you still reading this? Get down there and visit them for yourself!