Have you seen an unusual bird in Calgary? If it is on this Reportable_Birds (PDF), please report it to the Nature Calgary Rare Bird Alert line at 403 221-4519 and leave a message after the beep at the end of the recording. If you would like some help with species identification, us email us at zoxox@shaw.ca  To report injured wildlife call the Calgary Wildlife Rehabilitation Society at 403 239-2488, or the Alberta Institute for Wildlife Conservation at 403 946-2361.

This report was prepared on Thursday September 1.

The next scheduled update of the Bird Alert is on Monday September 5.

These gorgeous shots of a Common Loon were sent in by Rob English. Thanks for sharing! Click pictures for a larger view. 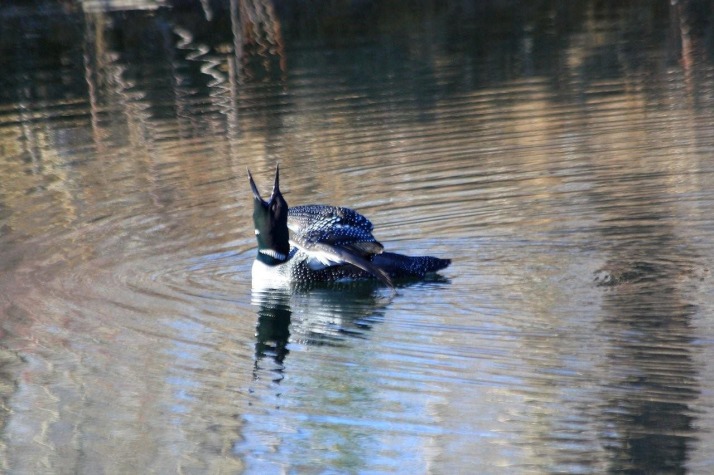 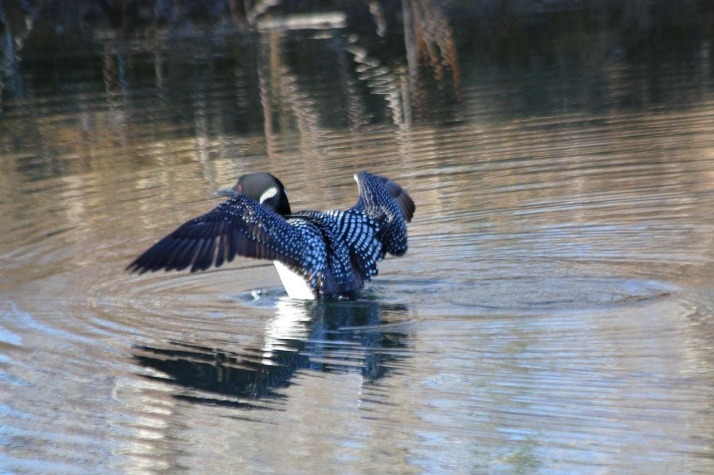 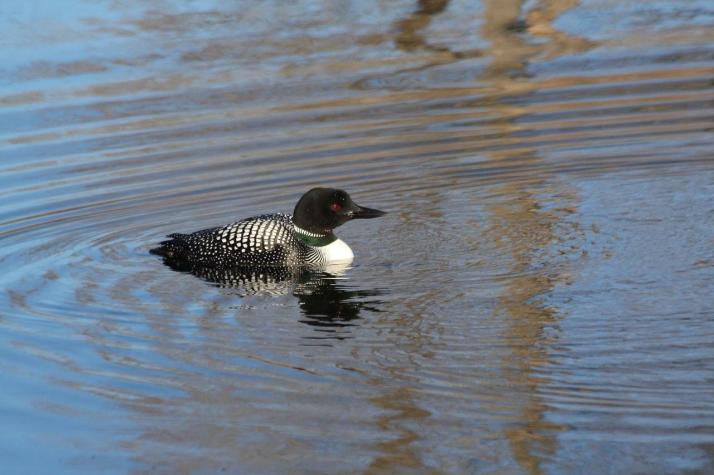 It’s a sure sign of spring in my yard when I see the White-crowned Sparrows are back.

A fairly large sparrow at 5 1/2-7″ (14-17 cm), White-crowns don’t fit the miscellaneous sparrow category of LBJ’s – little brown jobs – that are hard to distinguish from one another. These dapper little sparrows are always in bright white and black, and easy to identify.

The white crown has two black stripes, they have a black eye line (a line going to the back of the head from the eye), and a yellow-orange bill. They have white streaking on a brown back and wings, and their underparts are pale grey. Males and females look alike.

Small flocks of White-crowned sparrows pass through Calgary in late April to May, and then again in Sept-Oct. Their spring visits to our city are just a stopover for their trip to their breeding habitat in the northern boreal forest. They prefer open environments with shrubby meadows, alpine and willow shrubs, and build cup nests in shrubs or small conifers.

These sparrows are tireless singers, and are known to even sing under the light of a full moon.

Sparrows forage on the ground, usually in fairly open areas, and fly up into a small tree or hedge when flushed. We have a dedicated bird area at the back of our yard, and spillage from the hanging bird feeders provides an excellent sparrow feeding ground. Like other sparrows, the hyperactive White-crowns make quick jumping back and forth movements, scratching the ground to expose insects and seeds.

If you have White-crowned Sparrows in your yard right now, enjoy them while you can. They won’t be here for long, and then we’ll have to wait for their re-appearance in the fall.

By the way, the bird singing in the video background is a Ruby-crowned Kinglet, which I’m still attempting to capture with my camera.